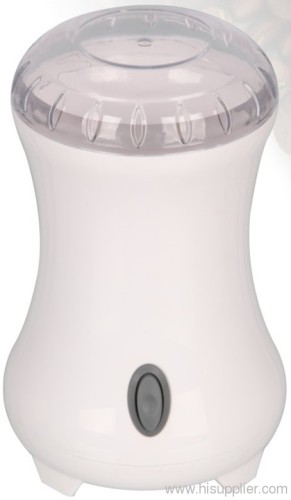 Now, lets talk about how they were ground. People in the Middle East were already grinding grains and spices. They were grinding them by simply pounding between two rocks or using a pestle and mortar. The pestle and mortar were made mainly from stone and wood because they had resistance to absorbing the chemicals that left flavors and scents of various foods. Coffee beans, although much tougher, were also ground by this method. However, even though they were boiled first because they were tougher than grains and spices, they were not ground very fine. The coarsely ground beans were put in a special copper or brass coffee maker called an Ibrik. An Ibrik is somewhat round on the bottom half and then had a straight body the rest of the way up. There was a long fairly wide spout at the top and a metal strap handle in the shape of a large C connected to the pot. Drinkers strained the coffee through their teeth to get the full flavor of the coffee. Today, some still grind the coffee beans with a pestle and mortar. To get the consistency of a drip grind, it takes up to ten hours of grinding with a stone pestle and mortar by hand.

As the coffee beans were exported by traders to different parts of the world, coffee grinders were created using some other kind of apparatus. When coffee reached Europe, spice grinders that were already being used were the first step towards the mechanical coffee grinder. It is believed that the first bean grinder was produced as early as the 14th century in Europe. The first known coffee grinder was mass produced in the early 1800's in France, but the inventor remains unknown.